Ben Affleck is 2 for 2 in my books. Gone Baby Gone was one of my favorite movies in years so I was excited for Affleck's second directoral attempt and he did not disappoint. This is a gripping story set in my favorite modern movie setting, Boston. The whole thing worked for me right down to the love story and especially the tense heist scenes.

I thought Affleck's performance was decent as well though I'm not nearly as big a fan of his acting as I am of his directing. In the end Affleck was outshone by Rebecca Hall, Jeremy Renner and even Jon Hamm who accomplished the difficult task of not seeming like Don Draper as an FBI agent.

This one is worth seeing for sure, Watch It.

This movie was fun from start to finish. I actually watched it again the next day and I don't have kids.

Where many animated movies fail this one succeeds, it is touching, funny and smart and all without being cheesy.

So it's been a while. Thought I'd quickly go through a bunch of movies to play catch up.

This was just okay. I think it tried to do too much but it was entertaining at times. Don't Watch It.

Another great installment in the Toy Story Franchise. Creative and fun enough that I've seen it twice. Watch It. 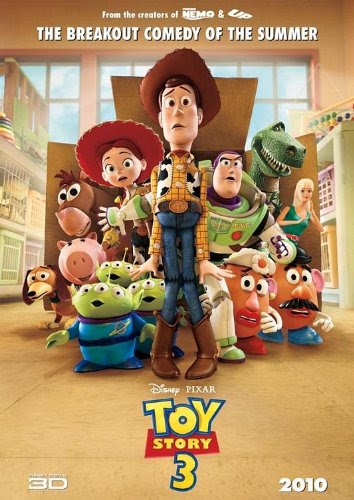 Not a bad movie but a shadow of the great book. Disney is ruining my beloved Narnia books. The props look like they're from a dollar store and the costumes look like the actors' Moms made them. How they turned this book into a movie with extended battle scenes is beyond me. Don't Watch It.

Horrible! Nothing worked in this, there was no chemistry between any of the actors. I hated it. Don't ever Watch It.

I love Will Ferrell and this movie made me laugh but not as much as I had hoped. A lot of the jokes were just barely missing the target. It was close but in the end just an average comedy. Watch It, if you like Ferrell.

Fantastic and gripping, I wanted to turn around and go back in for the late show after I saw it. Watch It right now. 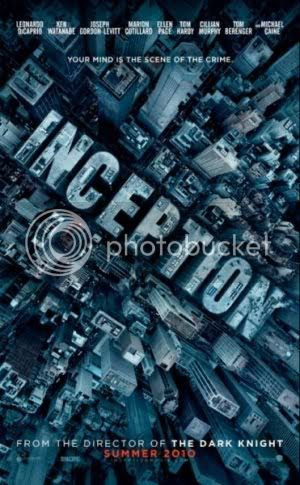 Transformers: Revenge of the Fallen - $0 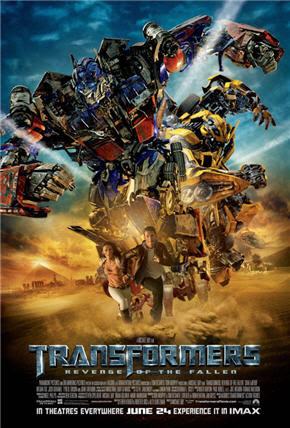 This movie was horrible. It was repetitive. It featured childish writing and the same plot as the first movie with a "Matrix" instead of the "All Spark".

There was a complete lack of character development, for example Bumble Bee suddenly has voice problems again and has to use the radio to speak to Sam. This was a weak plot device in the first movie to create easy jokes and was repeated here with no explanation.

Numerous new characters were added which I don't remember from the cartoon, what's the point of this? This movie might as well be called GoBots for it is a bad imitation of its inspiration.

Bad jokes, horrifically predictable, everything about this was appalling.

Michael Bay is now my undisputed choice for worst director in the history of motion pictures, and whoever wrote this movie should be writing for children's television.

If you see a movie reviewer who likes this movie never trust anything they say about anything ever again.

Where the Wild Things Are - $9

Where the Wild Things Are is a book I loved as a kid, it's not a complex book, in fact I believe it's only 10 sentences long, so the movie had to get creative and inventive and in my opinion they pulled it off.

Where the Wild Things Are, the movie, is about a young boy named Max. Max doesn't have a lot of friends and like a typical child he gets a little carried away with his childish wild side from time to time. One night after an arguement with his mom Max runs away and sails to a far away island where he meets a group of strange monsters that make him their king. Max's rule of the island starts out very well but he begins to see the ugly side of the monsters after a long time there and he heads back home to his relieved mom.

The monsters each seemed to represent a different kind of childish behavior and you'd expect that to lead into some overt moral to the story, but it doesn't. Max seems to have learned a bit about himself by the end but not in any kind of neatly wrapped up way. This was a story that was simply about childish behaviour without a lot of judgement attached and to frankly, it was refreshing in that it didn't spoon feed it's audience with an obvious message. This is an understated and rich story that reminded me of being a child the entire time I watched it.

This movie captivated me with the visuals and the dialogue. The pre-monster portion of the story is told well but it's really the time in the land of the wild things that makes this movie great.

I've heard critics saying this is too dark and subtle for kids but I think they underestimate kids. I recommend this one no matter what your age. 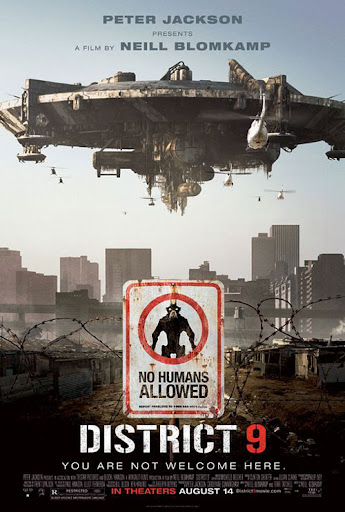 I hesitated at first to review District 9 until I see it again because I was forced to watch it in the 3rd row in one of those theaters where the first 4 rows are below the screen. This made for a hindered experience of the visuals of the movie, but I still liked it.

This movie is unique, not because it's doing anything that's never been done before, but because it's combining things that have never been combined before. This is part drama, part action, part comedy, part mockumentary and it's all wrapped in a metaphor for apartheid. Because of this it would be hard to pull off an effective plot summary for District 9 so I'll give you an ineffective one.

This is a movie set in South Africa where aliens who arrived without warning or purpose are put into an internment camp, called District 9, to be kept away from the general population for more than 2 decades. An attempt to evict and move the aliens to a new camp further away does not go well and District 9 becomes an action movie that needs to be seen rather than explained.

District 9 has a plot that is hard to believe at times but overall it worked for me, and it was certainly never boring. There is sure to be a sequel and I'll be sure to see it.

I give District 9 a value of $7 and put it on my 'Watch It' list. We'll see if that rating changes when I see this again and can view the whole screen without having to move my head side to side.
Posted by Tony Tanti No comments:

The "Watch It" Lists